Our Character is Defined in Certain Moments of Our Life 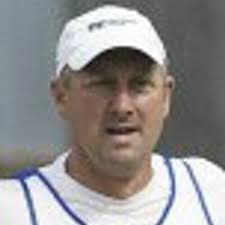 Today I ran the Quad City Marathon and saw my good friend John DeDoncker a few minutes before the race.  He introduced me to his friend Ryan and said they were running the marathon together – it was Ryan’s 1st marathon. When I asked him his targeted time, John replied they were going to attempt to get under 4 hours (Ryan did great and they actually beat the target by more than 12 minutes!).

John is an accomplished multi-sport athlete (e.g. golf, basketball, triathalons, ultramarathons). Recently he ran a marathon in 3 hours and 7 minutes and he has crushed a number of 100 mile runs in times that would make +99% of the population envious. He is known throughout the community as an outstanding runner and has proven it many times over.  He is quite competitive by nature and this trait drives him to perform at a high level. Several times the thought ran through my head, “Why would John run a marathon at a pace that is nearly 45 minutes slower than what he is capable of?”

As I reflected on the question, it became apparent to me that John was demonstrating great leadership, compassion, and selflessness.  I’m sure Ryan was nervous about his first marathon – most people are. Putting others before yourself is less common than it should be in today’s society. I’m really proud of my friend John for the choice he made today to help out his friend and forego accolades that were likely to come his way.

Success is building others up, even when it means forgoing recognition.